It was in Sheffield that Harold first began developing his skill as a glass beveller working for Pilkington Glass.

Harold and his wife Gertrude moved their family to Nottingham. He was promised a job at the Nottingham Glass Works which was situated on Sherbrook Road, Daybrook, although his contract of employment was not officially signed until 1941. With Britain then being in the midst of World War 2, much of the glass that Harold worked on was actually produced for RAF aeroplanes which subsequently went out to war.

It was here at the Nottingham Glass Works where Harold’s young son Terry, who was aged just 14 years old at the time, also started working as an apprentice. From that point onwards Terry could absorb all the bevelling expertise from his father’s teachings and began learning his trade in the glazing industry.

Upon turning 18, Harold’s son Terry was required to leave the glass trade behind for two years to complete his army service, eventually returning when he was 20.

After four years the partnership at Sandiacre Glass faltered and the company disbanded. However, this turned out to be a  pivotal year for Terry as it saw his creation of Lee Glass And Glazing, initially based in on old stable on Edwin Street, Daybrook. Terry’s wife Betty supported him extensively as a secretary; there was no telephone at the Edwin Street premises and, as a result, Betty was required to take messages at the family home, relaying them back to Terry, whilst also supporting their three young children.

In 1971 Terry was offered the rental of a larger building on Marshall Street, Sherwood. In 1975 he was given the opportunity to purchase this, which he did. The factory still remains in use to this day as the next generations of the Lee family continue to strive forward with the business.

The second generation of Lee Glass

In 1972, aged 12 years old, Patrick Lee was the first to start going into the Lee Glass factory as a Saturday boy, where he would spend the day sweeping up the floors and washing the vans, whilst also making tea for his uncle Terry and the other workers in-between. Pat’s brother Danny and cousins Martin and John all followed suit; you could say that this was their equivalent of a school apprenticeship, all of whom went on to join Terry in the glass shop at the age of sixteen.

Once Danny and Pat had passed their driving tests, they delved further into the glazing trade whilst Martin and John remained based in the factory as glass cutters and processing the glass in-house.

The running of the business shifted.

In 1993 Terry retired and left the business in the capable hands of Martin, John, Danny & Pat. Despite retiring from the glazing industry Terry still maintained a regular presence at the factory, where he would intricately carry out brilliant cutting and bevelling by hand; a skill that is now something of a rarity in this modern age.

Terry was called back into action at Lee Glass for a job that required the highest of skill.

Local entrepreneur George Akins, who made his fortune in bookmaking, property and live entertainment, reopened the highly prestigious Victoria Club Casino. During the 1960s and for a further two decades, the Victoria Club was considered one of the finest private members clubs outside of London.

No expense was spared in the renovation, and Terry came in to help us do some beveling and brilliant cutting for the glass. Although Terry had long retired, he was the only person in Nottingham skilled enough to carry out this highly prestigious job, which was a pleasure to work on – everything was top notch.

Danny, Martin and John Lee all continued to build the business and, in 2001, had a new, purpose-built factory created in Bulwell, containing a glass-toughening plant, state-of-the-art glass-processing machinery, and a paint spray shop. At the end of 2014 the premises next door was purchased, essentially doubling the factory in size. This has enabled us to further expand our existing facilities and increase the amount of glass we can process, whilst also offering additional niche products such as painted glass splashbacks, worktops, fire rated glass and curved glass, to name a few.

The acquisition of new specialist machinery.

We have had a new, even bigger, state of the art toughening plant installed, along with an upgraded CNC, cutting line and glass washing machine.

Lee Glass and Glazing has now been family owned and run for 50 years, with the third generation of the Lee family joining the business.

In addition to this, we currently employ over 40 members of staff and, as a business, we continue to strive by consistently:

Further to our working endeavours, the Lee Glass family are heavily involved in fundraising and make an effort to give back to our local communities in the form of sponsorships and taking part in charity sporting events. 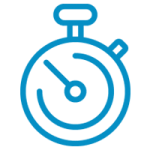 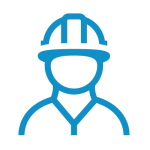 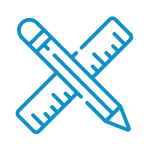 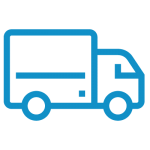 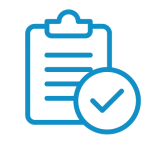 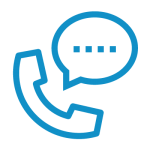